A woman expresses love in terms of
surrender, i.e. trust. She empowers
her husband by accepting his leadership,
and by believing in him.

Women exchange power for love. They want
to be possessed by their husband’s love.
(Revised from Dec. 2009)
by Henry Makow Ph.D.

My wife recently asked me why I loved her. Instead of enumerating her good qualities, I simply answered honestly: “Because you belong to me. ”

At the risk of being politically incorrect,  many men do not seek great beauty, brains or sex, but the simple feeling of “possessing” a woman. In other words, what they seek is a degree of ownership or power. This affirms their masculinity.

And many women have the complementary craving, to totally “belong” to their husband.

This is the key to intimacy, how two people become one. When a man earns a woman’s love, she entrusts herself to him. And of course, he aspires to be worthy of this responsibility.  Conversely, if a woman foolishly gives herself to the wrong man, she bears the responsibility.

As I have said: Men want power. Women want love. Heterosexual marriage is an exchange of the two. Sex is the symbol of this exclusive bond.

Thus, a woman empowers her husband by accepting his leadership. Men and women were designed to complement each other, not to compete or fight. Most marriages break up due to a struggle for power.

Possession is a practical necessity. A man needs to “own the womb” to ensure his wife conceives his child and not another man’s. A woman wants to rear a child that expresses her love for her husband. Sometimes the child is ‘a little version’ of him.

Marriage is based on the exchange of feminine worldly power for masculine power expressed as love. Of course, women retain other forms of power, i.e. aesthetic, moral, emotional, intellectual etc.

WORLDLY POWER: TOTAL SURRENDER = TOTAL LOVE
The greater a woman’s acceptance her husband’s leadership, the greater his love for her. When the issue of worldly power is settled, nothing prevents a husband’s love from expanding to encompass his wife. She becomes part of his ego, his sense of self.
Women express love in terms of surrender, i.e. trust. She empowers her husband by believing in him.  Thus, she inspires him to sacrifice for her and their children. 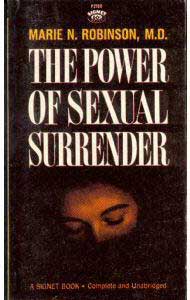 In “The Power of Sexual Surrender” psychiatrist Marie Robinson writes that femininity is based on “an essential female altruism” i.e. putting husband and children first.  Real women do not seek power. They seek love. They are cherished because they dedicate themselves to husband and children.

SATANISTS DESTROY MARRIAGE
We live in a toxic environment for marriage. The Illuminati (satanic, Masonic) central bankers who control modern politics, education and kulture, continue to sabotage this exchange by attacking women’s trust in men. 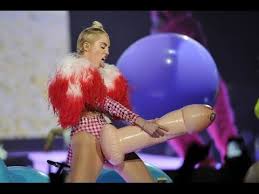 By haranguing women to seek power, they fit them with a psychological penis (penis=power) thereby neutering them and creating gender dysfunction. By promoting homosexuality and promiscuity, they are making it difficult to form an exclusive lifelong bond, and stable foundation for family.

Our “feminist” political leaders, pundits and educators are dupes and opportunists at best, impostors or traitors at worst. No honest government allows its men and women to be turned against each other.

We have a de facto Communist society. Feminism is nothing but Marxism applied to gender. Communism is Satanism. The satanist goal is to spread sickness and dysfunction as a way to exploit and control. “We corrupt in order to control,” Giuseppe Mazzini said.

Similarly, feminism has conditioned men to extend their adolescence by seeking sex instead of marriage and family. Emasculated men can neither demand nor command a woman’s trust.

Young men and women now equate love with sexual attraction which inevitably is transitory and fickle. As I said, love is based on sacrifice. We love people who do things for us. When a woman self effaces, she awakens an outpouring of love in his soul. Their identities and self interest are fused.
Love is also based on many qualities that have nothing to do with sex appeal. I also love my wife because she is smart and capable. She’s not perfect but then neither am I.

You don’t win a woman’s trust by attempting to dominate or suffocate her. You want her to want to belong to you. You consult her and consider her wishes.

You accept her individuality. For example, you don’t try to impose your ideas. Naturally you will choose someone who has an affinity with you. But you’re not looking for a clone. You should value her perspective and appreciate your differences. You complement each other. For example, I am a big picture guy. My wife is detail oriented. I need her.

I get emails from men who complain that their women can’t accept the “Conspiracy.” So what? Do you really want the madness mirrored back to you? If what we’re saying is true, it will become apparent to everyone eventually. People in possession of the truth do not have to proselytize.

As for sex, I can’t imagine a man ever insisting on sex when his wife is not in the mood. There’s no faster way to turn a woman off. Sex should never be an issue.

On the other hand, a man won’t let his wife engage in activities that endanger her or their marriage.

When a man loves a woman, he wants her to be happy. He wants her to want him.
If you are single, narrow the search to women who want you.

Seek feminine receptivity: i.e. the ability to give, trust, belong.